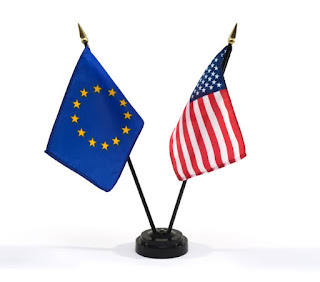 EU to pursue the most ambitious sustainable development, labour and environment provisions in TTIP

The European Commission published its proposal for a chapter on trade and sustainable development, including labour and the environment, in the ongoing EU-US trade talks.

The proposed chapter on sustainable development in the Transatlantic Trade and Investment Partnership (TTIP) offers the most ambitious provisions ever put forward on these issues to any trading partner. This approach follows the new EU trade strategy, ‘Trade for all‘, which aims at more responsible trade policies both at home and globally.


The key purpose of this chapter is to ensure that high standards for labour and environment are upheld both in the EU and the US and that we work together to address the challenges of the global economy such as child labour, health and safety at work and other rights of workers and the protection of environment, among others. Once we will have reached an agreement, the EU will work to ensure that all the provisions of this chapter are respected, implemented and enforced.

“Trade is not only a tool to create new economic opportunities for consumers, workers and employers, but also a tool to help the world become a more responsible place. Trade is not just about our economic interests, but also about values. Child labour, insufficient workers’ rights or irresponsible corporate behaviour are global scourges that I want trade policy to help us deal with. I made it my clear priority in the new ‘Trade for All’ strategy and I want to put it into practice in our agreement with the US. That’s why we are proposing a very ambitious approach to sustainable development in the EU-US trade talks, which will be respected, implemented and enforced when we sign up to them. Working together with the US would make us more efficient in fighting globally for more responsible practices. At the same time we would ensure that our existing high, yet sometimes different, standards in the EU and the US are upheld.

Our trade talks with the US will see more transparency as we go along. That’s why I am making this proposal public today, for everyone to see what we want to do. At the same time, we are also releasing our first detailed report of the latest TTIP negotiating round, available on our website.”

The proposal on sustainable developmentin TTIP presents an integrated approach on trade and sustainable development, also covering labour and the environment and reaffirms the right of governments to regulate on labour and environmental protection. The proposal also refers to commitments made as part of the International Labour Organisation (ILO) and Multilateral Environmental Agreements, to ensure that both sides respect a common set of fundamental labour standards and environmental rules. In addition, the text includes an obligation not to relax domestic labour or environmental protection laws as a means to attract trade or investment.

At the same time, the European Commission is also presenting the first detailed report of its kind on the latest TTIP negotiating round that took place in October. It summarizes the discussions held in all three areas of the agreement – market access, regulatory issues and rules.

Detailed provisions on environment in the sustainable development chapter:

enhancing cooperation between the EU and US to fight against illegal logging, illegal fishing, or the illegal trade in endangered wildlife;
formulating policies to prevent or minimize adverse effects on human health and the environment related to trade of chemicals or waste;
promoting trade and investment in green goods and technologies – for example related to the generation of renewable energy;
a commitment to conservation of biodiversity and ecosystems, implementing effective measures to ensure the sustainable use and management of natural resources, in particular in areas such as forests, fisheries, wildlife, and biological resources.

support for all the strategic objectives of the Decent Work Agenda of the International Labour Organisation (ILO) including employment promotion, workers’ rights, social protection, social dialogue, as well as non-discrimination and gender equality;
an affirmation of the ILO core labour standards, which include freedom of association and the right to collective bargaining, commitment to end forced or compulsory labour and child labour, non-discrimination in respect of employment and occupation; including effective implementation in law and in practice of ILO conventions to which either is a party and support for ongoing efforts towards ratification of fundamental ILO Conventions;
reference to structures to facilitate domestic and transatlantic social dialogue and information and consultation of workers, such as Works Councils;
committing to promote objectives globally to immediately and effectively eliminating the worst forms of child labour and to suppress forced or compulsory labour in all its forms, including through domestic laws;
protection of other ILO standards in addition to the core ones, such as health and safety at work.

The role of civil society

Civil society, including trade unions and environmental NGOs, has a strong influence on EU trade policy. The expertise of NGOs and workers’ and employers’ organisations is extremely valuable when it comes to the implementation and monitoring of sustainable development commitments in existing EU trade agreements. Before submitting the proposal to the US, the European Commission has consulted frequently with all stakeholders, with Members of the European Parliament and Member States.

Recent trade agreements of the EU provide a formal role for civil society once the agreement is in force, through both participation in domestic advisory groups, and a joint platform for dialogue with a broad range of stakeholders. The EU intends to continue working closely with civil society and international organisations as regards practical implementation and monitoring of TTIP.

Enforcement and next steps

The EU will work to ensure that all the provisions of this chapter are respected, implemented and enforced. There is a clear space for this to be outlined in the chapter text. The European Commission will publish its detailed proposal on institutions and procedures at a later stage, as we first want to agree on ambitious content, and then discuss follow-up mechanisms – to work on the substance of this ambitious proposal first. Today, the EU and the US have different ways of implementing their respective sustainable development, labour and environment commitments in trade agreements, but both sides attach high importance to making them binding and enforceable.

The EU proposal was presented to the US during the last negotiating round in October. Once the work on substance is in a more advanced stage, the Commission will make its proposals for institutional set-up, involvement of civil society and enforcement. In the meantime, discussions with stakeholders and civil society will continue.