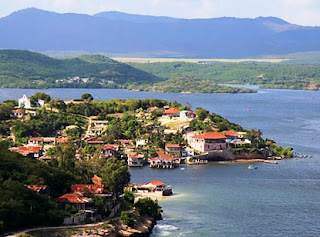 Experts from 22 countries will attend the 9th International Meeting on Organic and Sustainable Agriculture, which will be held here from May 21 to 24.

Over 300 specialists are expected to participate, 110 of them foreigners, told Prensa Latina the president of the Cuban Association of Agricultural and Forestry Technicians (ACTAF), Idalmis Namco.

Discussions at that meeting will focus on the most relevant results of the agro ecological farmer movement, the urban and suburban agriculture, and research in those sectors.

The local agricultural development, sustainable forest management, youth and gender in agri-food industry and information technology and communication for agriculture, are among the topics of analysis.

Among the topics are:

The international event will be divided into three sections, May 2012 Field Day, Technical Event and May the International Course.


History of Sustainability in Cuba


According to the World Wildlife Fund (WWF) report in 2006 Cuba was the only country in the world to reach a sustainable development, because the country covers their present needs without compromising the ability of future generations to meet their own needs. Cuba demonstrates and makes it possible to imagine future radical possibilities that can be used to analyze and challenge the unsustainable paradigm that presently dominates the world. Cuba is a “real world” socialist country that since the 1990s has had a fundamentally different relationship with the environment than capitalist and past “socialist” countries.

The United States has maintained an economic blockade of Cuba, and thus severely restricted Cuban trade, since the Cuban revolutionary forces successfully ousted Dictator Fulgencio Batista in 1959 and turned the country away from capitalism. This blockade, while economically devastating for Cuba, has had both a negative and positive impact on Cuba’s environmental sustainability. As a result of the blockade Cuba’s economy was heavily dependent on trade with the Soviet Union and the Soviet led Council for Mutual Economic Assistance (COMECON) until they began to collapse in 1989. Prior to the collapse of the Soviet Union, Cuba followed its model of centralized industrialization and was following the same unsustainable path as both capitalist countries and the bloc led by the Soviet Union. For example, during this time period Cuba had the most industrialized agricultural sector in Latin America, characterized by all-encompassing mechanization and monocropping. However, industrialization was dependent on the trade which began to disappear in 1989. Cuba lost crucial access to items such as oil, heavy machinery, machine parts, and pesticides and faced an economic and agricultural crisis.

However, out of this turbulence, the country re-oriented its economy and agriculture and became a world leader in ecological or organic and urban agriculture. Agricultural production rebounded and Cuba posted the best growth rate of any Latin American country in the latter half of the 1990s and into the 2000s. Much of the production rebound was due to the adoption of a range of agrarian decentralization policies beginning in the 1990s that encouraged individual and cooperative forms of production. Inefficient State companies were replaced with thousands of new small urban and suburban farms and millions of hectares of unused State lands were given to workers for small-scale farming. In this new model, decisions concerning resource use and food production strategies were transferred to the local level, while the State supported farmers by distributing needed inputs and services.

More than 75% of Cuba’s total energy supply comes from fossil fuels, including 96% of its electricity supply, with the remaining supply coming from renewable sources-primarily biomass from sugarcane. National programs to increase the supply of renewable energy and to increase energy efficiency have been and continue to be implemented, though dramatic change is not imminent as Cuba lacks investment capital, receives oil relatively cheaply from Venezuela, and may find a large supply of oil in its waters.