The approval of set of space sustainability guidelines by a United Nations committee has been widely endorsed by the global space community, even while questions remain on how those guidelines can be turned into more binding rules.

The U.N.’s Committee on the Peaceful Uses of Outer Space (COPUOS) formally approved 21 guidelines for long-term sustainability of space at the end of its latest session in Vienna June 21, referring them to the U.N. General Assembly for endorsement later this year. The guidelines cover a range of recommended behaviors and best practices in space, including safety of space operations and international cooperation.

The guidelines were developed by a working group that started in 2010 and wrapped up its efforts last year. COPUOS didn’t approve them last year, sources familiar with the process said, because Russia sought to add seven additional guidelines. COPUOS acts by consensus among its 92 member states, so extensive discussions took place to convince Russia to accept the 21 guidelines and defer debate on additional ones to a new working group.


At a pair of events here this week, government and industry officials hailed the adoption of the guidelines as a major step towards enacting practices intended to reduce the creation of space debris and other hazards that affect activities in Earth orbit.

“This is probably the most significant output of COPUOS in the last decade, and a significant step forward for promoting space sustainability,” said Peter Martinez, executive director of the Secure World Foundation, in opening remarks June 25 at his organization’s Summit for Space Sustainability. Prior to joining the Secure World Foundation last year, he chaired the COPUOS working group that developed those guidelines.

Andre Rypl, a Brazilian diplomat who serves as chair of COPUOS, praised countries for extended discussions that led to the consensus approval of the guidelines. “This only happened because people were engaged,” he said during a panel discussion at the event June 26. “We basically had different countries with very different views sitting together, drafting text together, recognizing that this was absolutely essential. We had to develop something that was the product of agreement.”

“Sometimes the process can sound a little bit long, and it is,” Simonetta di Pippo, director of the U.N.’s Office for Outer Space Affairs, said during a June 25 panel discussion. The acceptance of the long-term space sustainability guidelines is a “role model” for space diplomacy, she argued, because the consensus COPUOS reached means “all the member states will adhere to that.”

Among the COPUOS members that endorsed the guidelines is the United States. The approval of the guidelines is a “historic accomplishment,” said Audrey Schaffer, director of space strategy and plans at the Defense Department and a member of the U.S. team that negotiated the guidelines, during a panel discussion June 27 at the Space Enterprise Summit, a joint event of the Commerce and State Departments here.

She argued that the guidelines were important for several reasons, including both their comprehensive scope and their consensus acceptance. “What that tells us is that this is truly a universal agreement for the international community at large, and a political one,” she said. “States are showing their commitment to long-term sustainability of outer space activities.”

Another key factor, she said, is that commercial operators were also included in the discussions about the guidelines, reflecting the growing role that companies, and not just countries, play in space. “What that meant is that the best practices that were incorporated into the guidelines were not just government practices, but also private sector practices.”

Those guidelines, however, are not binding on nations or other organizations. Backers of the guidelines anticipate that countries will review the guidelines and incorporate them into national laws and regulations. Schaffer, for example, noted that the guidelines are already “very consistent” with existing U.S. policies and practices. 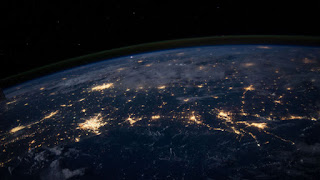 Other countries plan to examine how the guidelines match up with national policies. “We’re starting a review of our existing regulations to ensure that we are meeting our international obligations,” said Elle Agnew, manager of international and regulatory affairs at the Canadian Space Agency, at the Space Enterprise Summit June 27. That includes mapping the contents of the guidelines to those regulations. Where there’s a gap, she said, that process will “influence the decision making in the regulatory reform that we’re undergoing.”

She and representatives of other nations said they planned to discuss those efforts at future meetings of COPUOS, including any technical issues that might arise from trying to implement them.

“It is a monumental achievement to have these guidelines approved at a time when tensions are maybe escalating around the world,” Agnew said. “Let’s not forget how important and significant these are.”