How to tackle homelessness? Homelessness in Europe - a hidden figure. Six steps that can help us to tackle the problem. 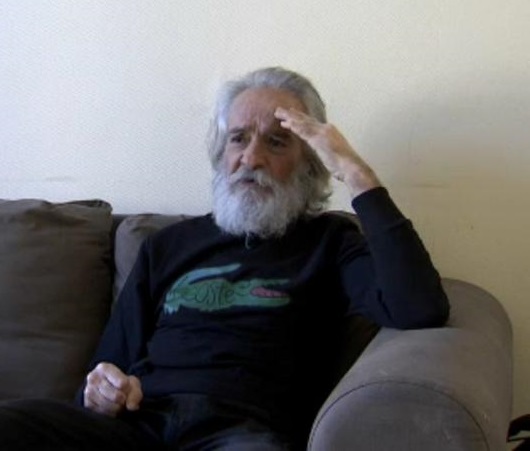 Kamel is one of the beneficiaries of the "400Rooftops" campaign, which aims to find stable houses for 400 homeless people by 2020.

The government of the Brussels Capital Region and seven non-governmental organizations (NGO) are part of a international project promoting housing as a first tool for social reintegration.

"I have the allowance of the CPAS, the rent is 610 euros, plus the charges for the energy. Calculate, there is 700 euros per month. I thought: "Kamel is expensive". But as I lived in the street, I said, "Kamel, that's it or to go back to the street." In the morning, I get up and if I have to go to eat in a social canteen or to look for places where I can eat for free, I move and I go there", he explains.

Rising housing costs are a growing problem in Europe. According to a 2019 report about housing insecurity presented by FEANTSA (European Federation of National Organisations working with the Homeless), in Brussels, on the 22nd march, the so called overburden is one of the major challenges.

Overburden is when a household spends more than 40% of its income on housing costs.

In the EU, it affects 10% of general households and 40% of poorer households.

Brussels is trying to tackle the problem of costly, poor quality, overcrowded or temporary lodging by building housing estates like this one.

The Tivoli project is being developed by the Brussels Regional government. Tucked between the poorer district of Molenbeek and the posher area of Laeken, it will soon welcome new residents.

"In many European countries, housing expenses are growing faster then the incomes and taking a big slice of families budgets. In this project, in Brussels, 70 per cent of the houses are for conventional rent, but 30 per cent are for social renting. Many experts say that there is a need to invest more in social housing so that houses are perceived not as a financial product but as a human right", explains Euronews correspondent in Brussels, Isabel Marques da Silva.

The founder of HuNeeds, an NGO working with the homeless, says these movable studios can be financed by private investors and public authorities.

"People are getting more excluded from housing.This solution allows for more affordable housing, it allows to get people out of the street, so they re-adapt to a new daily life, taking the necessary administrative steps to have greater access to the permanent housing", Nastasia Englebert.

There is no data about the exact number of homeless people across the EU. National figures are collected using different methods, and in different years, but especially in countries like Ireland, Luxembourg and Belgium they point to a sharp rise in street sleeping after the economic crisis.

Providing increased capacity of better quality, emergency shelter is one of the main messages in the FEANTSA report.

It recommends that although housing is a national competence, the EU institutions should be working to highlight the problem and to find solutions.

"The European Commission should collect data on homelessness. It is challenging but it is not impossible and it could already do lot more with the national data that exists. Hidden homelessness, rough sleeping (situations) and people staying in emergency accommodation is really the tip of the iceberg. Homelessness is touching young people, that are particularly at risk, migrants in different situations, and women and children, all families, are increasingly affected by homelessness in Europe", says Ruth Owen, policy coordinator.

Finland is the only Member State where homelessness has been steadily decreasing for the last two decades, after creating a Housing First policy. But elsewhere in the EU it is a growing problem which will need to be solved.

6 steps that can help us to tackle homelessness

Homelessness remains a critical challenge in both developing and developed countries. According to recent official estimates, about 235,000 people experience homelessness in any given year in Canada, while 553,742 do in the United States. With the exception of Finland and Norway, many countries in Europe have reported increasing numbers of people experiencing homelessness in recent years:

These concerning trends have spurred policy-makers and service providers to explore new approaches, including Housing First, systems planning, and investments in supportive and affordable housing. As we learn more about the causes and dynamics of homelessness, we realize that we cannot resolve the issue in the homeless-serving system (the range of local and regional services that serve the homeless).

As a fusion of policy issues, homelessness involves actors, policies and services across government levels and departments, NGOs, the private sector and informal organizations. These form a complex ecosystem that people at risk of experiencing homelessness have to navigate. As a result of this understanding, significant efforts have been introduced to enhance the integration of these services, under the assumption that what we need is better coordination to improve access and efficiencies.

You can picture integration by imagining a network with nodes of activity, interests, people and resources as different parts of the systems that provide services to the homeless. The key then is to focus on which nodes offer clients the best outcomes. These include social services, education, justice, housing, health, children’s services and income support.

Despite work across jurisdictions, efforts to integrate have at times complicated an already uncoordinated service system with additional layers of administration. The unintended consequence has been to make access to support even harder to navigate and negotiate for vulnerable populations.

This brings us to some key questions. What is the role of integration in preventing and ending homelessness? When is it appropriate and desirable? And under what circumstances is it detrimental?

In a research report published through the School of Public Policy at the University of Calgary, we propose six key tenets to consider when introducing new integration measures in efforts to address homelessness (and other complex social issues).


*Why should we care about integration?

In 2017, Canadian charities generated $86 billion in revenues primarily through contracts with provincial and federal government, complemented by donations. Of this, our paper estimates that over $27 billion is spent annually on about 170,000 services to deal with mental health, addiction, homelessness, violence and poverty, each with their own target populations, eligibility criteria and funding sources.

In the US, a comparable figure is elusive, as much of the funding for the homelessness "ecosystem" is received piecemeal from federal, state and local governments, private foundations and donors. Direct federal investment totalled $2.5 billion in 2018 for homeless assistance services such as housing, food, education, employment, health and other support services. This is a sizeable amount that unfortunately fails to capture the full scale of resources at play.

Despite this dizzying array of support, the most commonly cited concern for those struggling with life’s challenges is that they don’t know where and how to access help. Not surprisingly, decision-makers in funding and government roles also report a lack of understanding around which services are actually operating on the ground, and how they relate to each other. As a result, there's a strong impetus for improved integration to make sense of the confusing web of support.

However, at times we find that our efforts to make the system more transparent and easier to access have the exact opposite effect. We found evidence from diverse jurisdictions where solutions to integration challenges have actually added more bureaucracy, and therefore even more barriers on the front line.

In Canada, we saw task forces, committees and services being created to deal with complex client needs that had no line of sight to actual client outcomes. In some cases, there were almost as many integration initiatives as clients they sought to help (with tens of government and NGO staff involved in meeting and planning over countless hours).

In other instances, intended improvements for patients and clients were not only never achieved, but in fact worsened because of the additional demands of integration on front line workers. In England, auditors found no compelling evidence to show that integration among social and health services led to sustainable financial savings or reduced health system use. In a US example, integration of service delivery systems for homeless persons with serious mental illness in 15 cities showed limited integration at the system level. 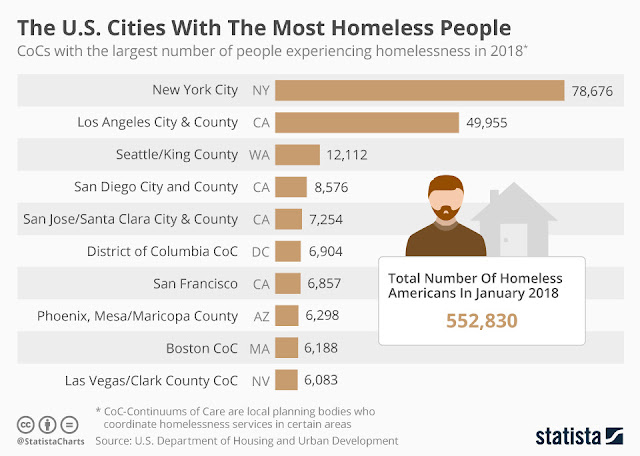 We have to consistently probe the assumption that integration will increase efficiency and reduce costs, which in turn will create better individual and population-level outcomes. Integration efforts will not automatically improve efficiencies; second, more integration does not automatically equal better outcomes for clients or populations; third, system efficiencies are not the same thing as client outcomes (nor does one magically beget the other). The simplest example of the fault in this logic is cutting front line staff to save costs, thereby reducing care for clients.


*If integration isn’t a silver bullet, when is it a good idea?

Our research offers a six-part framework to help community leaders and policy-makers involved in such efforts to resist the urge to jump onto another task force, pilot programme or committee. 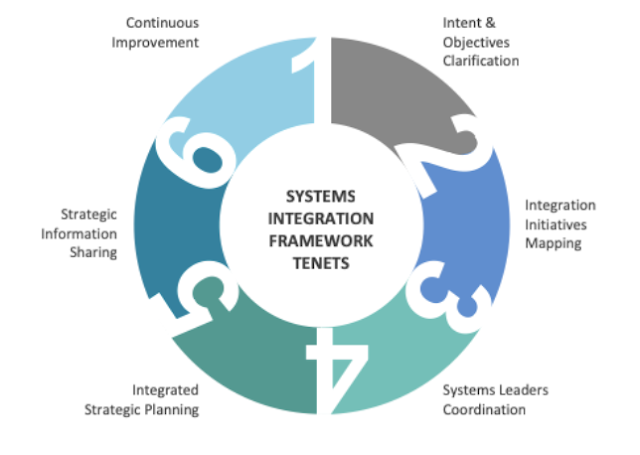 Articulating how best to move multiple and complex networks involved in homelessness as a coordinated ecosystem is no easy task. It asks for different commitment, thinking, mutual trust, relationships and time. It brings new risks and challenges to individual and organizational stakeholders.

There is no doubt that more effective delivery is needed, in addition to improved integration across agencies, systems and policies, to address complex social challenges like homelessness. However, such efforts must be done with intention so as not simply to add more layers of bureaucracy to an already confusing service network. The focus must remain on the clients, and not on the systems involved.

Integration should not be considered a cure-all for what ails the system. Rather, it would be more realistic to take a transformative and deliberate approach to collaboration and change.