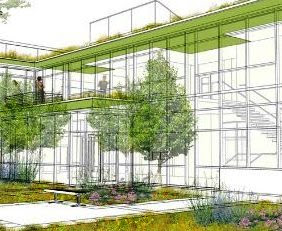 The European Commission has today announced a new programme which will help cities in the EU’s Eastern and Southern Neighbourhood to address local sustainable development challenges such as energy efficiency, security of energy supply and sustainable economic growth.
This programme is part of the EU’s efforts to encourage municipalities to sign up for the Covenant of Mayors (a voluntary initiative to reduce CO2 emissions) and boost local economies in the region in a more sustainable way.

In announcing the package, Commissioner for Enlargement and European Neighbourhood Policy, Štefan Füle, commented: “Urban populations in the Neighbourhood region have reached more than 70% in many countries and continue to grow. This makes it crucial to invest in a cleaner urban environment and ensure the better management of urban energy sources as drivers for economic growth and job creation, as well as a better quality of life.”
The programme will include activities such as co-financing for sustainable urban development demonstration projects, setting up a Supporting Mechanism (helpdesk) to help the municipalities to design and implement demonstration projects and ensure the visibility and dissemination of results, putting in place a Municipal Finance Facility (only in the East) to improve access to loans for sustainable investments,and providing scientific and technical support from the Joint Research Centre for the monitoring of the implementation and results of the Sustainable Energy Action Plans under the Covenant of Mayors.
Background
The EU programme for Sustainable Urban Demonstration Projects (SUDeP) has two components. The Eastern component will focus on the implementation of Sustainable Energy Action Plans (SEAPs) under the Covenant of Mayors. The Southern component will support local sustainable development plans in a broader sense, including SEAPs as one of them.
Covenant of Mayors
The Covenant of Mayors (CoM) is the European movement of local and regional authorities that voluntarily commit themselves to increase energy efficiency and the use of renewable energy. Through their commitment, Covenant’s signatories aim to meet and exceed the European Union 20% CO2 reduction objective by 2020.
Since its launch in January 2008, more than 5,000 cities from more than 40 countries have signed up, including over 60 cities from the Eastern Partnership (EaP) and Central Asia and a few from the South Mediterranean. The CoM support helps cities to design and implement the Sustainable Energy Action Plan (SEAP).
It is also a key priority of the Energy Security Platform established under the Eastern Partnership (EaP), which is the political framework for co-operation between the EU and the six European Neighbourhood countries bordering the EU in the East, launched at the Prague Summit in May 2009.
The funding
The funding for the SUDeP programme comes from the European Neighbourhood and Partnership Instrument (ENPI). This is the main financial and cooperation instrument though which EU assistance is given to the Eastern and Southern Neighbourhood countries and Russia in the period 2007-13.
The Eastern Partnership countries are Armenia, Azerbaijan, Belarus, Georgia, the Republic of Moldova and Ukraine. The Southern Neighbours are Algeria, Egypt, Israel, Jordan, Lebanon, Libya, Morocco, Palestine, Syria1 and Tunisia.
From the total of €35.5 million available for the SUDeP programme, about €25 million is expected to be invested in the Eastern Partnership countries and €10.5 million in the Southern Neighbourhood. The project is expected to start in the beginning of 2014.


SOURCE: Eastern Partnership and regional cooperation in the East