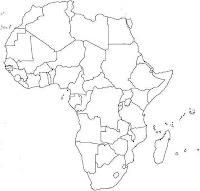 With an ailing US economy, European debt battles and Japan rebuilding after a crisis, investors should be looking south -- to Africa, the head of the African Development Bank said.
Investing in the continent at a time when developed countries' economies are struggling would boost the world economy, Donald Kaberuka told AFP in an interview in Washington this week.
Africa is rich in mineral wealth and proven oil reserves, has a growing, urban middle class and undeveloped infrastructure.

And its leaders are working to improve security, stability and rule of law. They have also learned from the uprisings in North Africa and the Middle East that economic advances have to benefit a country's people, not just its president and his inner circle, in order to be sustainable.

"Opportunities elsewhere are not many. So Africa is the opportunity," Kaberuka said.

"Some of our bonds are better than, certainly, Greek bonds."

Economies in sub-Saharan Africa are projected to grow at 5.6 percent this year and 6.5 percent next year, with a dozen countries growing at the critical rate of seven percent, considered the minimum for sustainable poverty reduction.

"Imagine if there were no China and India or Brazil at a time when Europe and the US are in difficulty. It would be a big recession because China and India and Brazil are picking up the slack.

"If we could now add Africa, I think that that could give a boost to the world economy," he continued.

Besides Africa's oil and mineral wealth, which foreign investors have long had a hand in exploiting, Africa offers other business opportunities up for grabs.

"You have the choice of making it in Africa or importing it. Either way creates business."

"Rich countries would not have to give us aid; trade would create wealth," Kaberuka said.

African leaders agreed in South Africa in June to launch negotiations on creating a free trade zone that would include 26 countries with a combined economy estimated at $875 billion.

For their part, African leaders are working to improve stability and security and ensure that the continent's wealth benefits its people.

"Tunisia was growing at about 5.5 percent for almost seven years, and many international organizations were effusive in their praise of its achievements. What they didn't look at were the growing inequalities and that an authoritarian model that was clearly denying rights to the people," he said.

"We can no longer turn a blind eye to these issues. Today we have to keep an eye on whether economies are growing and ask if the fruits of growth are getting to the people.

"Because if they aren't, this thing is not sustainable."