Why it is hard to trust the African Union 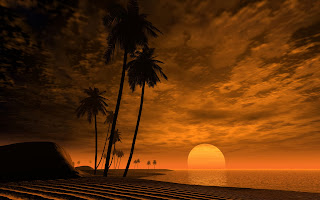 AFRICA undoubtedly has its own peculiarities, but what are our credible alternatives and justifications for an Africanisation of democratic values?
The advent of the African Union (AU) which was established on July 9 2002 in Durban, South Africa, was largely due to the inability of the Organisation African Unity (OAU) to respond to the myriad challenges facing the continent. Unlike the OAU, the AU has in its Constitutive Act Article 4 (h) the powers to intervene in member states in respect of grave circumstances. The Union also set up a Peace and Security Council in 2004.


The council, among others, is expected to intervene in conflict, replacing the OAU principle of non-interference with one of indifference?

However, recent decisions and postures taken by the AU make one wonder whether the people of Africa can lean on the continental body to see their hopes for a brighter future come true. Initially, it appeared that the transformation of the OAU into the AU was going to be a new beginning for an organisation which claims that an integrated, prosperous and peaceful continent is its ultimate goal for the betterment of the African people.

The past two months have seen very interesting events in Africa. The Ivory Coast, Tunisia and Egypt are some of the major spotlights of challenging times for the continental body. In contrast with these challenges though, is the successful referendum in South Sudan for secession from the north as part of the Comprehensive Peace Agreement signed in 2005 between the North and South. In a bid to address these sensitive cases, the AU has made very interesting decisions and taken positions that provide some food for thought. Three important stands taken by the AU and its leaders in recent times are discussed below, and the consequences for such actions are analysed.

After several attempts to resolve the civil war that broke out in the Ivory Coast in 2002, the Ouagadougou Political Agreement was signed. In fulfilment of the agreement, presidential elections were held on November 4 and 28 with incumbent president, Laurent Gbagbo refusing to step down following the declaration of Alassane Ouattara as the winner of the run-off by the Independent Electoral Commission. This position was recognised and supported by the international community including Ecowas, the AU and the United Nations calling on the incumbent to give up power.

Following the deadlock, the AU sent former South African president Thabo Mbeki to mediate the impasse between Gbagbo — who refused to respect the verdict and clung to power following the ruling by the Constitutional Court that declared him the winner based on the cancellation of votes from 10 districts of northern Ivory Coast — and Ouattara. Mbeki was followed with a visit by the current chairperson of the commission, Jean Ping, whose mission, like the former, failed to resolve the crisis.

Then came the appointment of Kenyan Prime Minister Raila Odinga as the AU-appointed mediator in the post election crisis. What was the rationale behind the AU’s appointment of Odinga as a mediator in a situation like this? The circumstances under which Odinga became Prime Minister of Kenya are still fresh in Africans’ minds. Was the AU wishing for Ivory Coast the Kenyan and the Zimbabwean scenario, sacrificing the will of the people on the altar of politicians’ cake-sharing ambitions? How on earth was he going to represent a credible, impartial arbiter, taking into account the peculiarity of the situation? The choice of Odinga was a wrong move, given his own situation and the circumstances in which he was to act.

After failed attempts by Odinga the AU sent Mutharika of Malawi to try his luck, but this also did not yield the desired result. In its next move, the AU set up a five-member panel comprising one president from each of the five sub-regional groupings.

The team of experts was tasked to come up with conclusions which would be “binding” on all parties to the crisis. The hope was that they would be able to succeed in finding a solution. But they got it all wrong again.

The AU, unlike Ecowas, does not have a supra-nationality status in its constitutive act or any of its protocols. So how were they expected to enforce the outcome of the decisions of the panel on the Ivory Coast which is a sovereign state? Let alone a legally binding decision as the statement claimed.

Another issue is the democratic credibility of some members of the panel in their own countries. What credentials do these leaders have for the citizen of the AU to believe that they would eventually come up with a so-called African solution to an African problem?

The AU has at its disposal “the panel of the wise” made up of respectable statesmen and women in their own fields. One may suggest in situations like this the AU may want to explore their wisdom and sound judgment. However, it still looked like the club of presidents in their own wisdom and with the authority they have vested in themselves in the AU charter, would come up with a solution.

Mbasogo, chairman of the AU

Another subject of interest is the appointment of the president of Equatorial Guinea, Teodoro Obiang Nguema Mbasogo, as the new AU Chairperson. This is a president who is known to be a dictator and has been in power since 1979. He presides over a government associated with corruption, poverty and repression of its people among others. In the next 18 months, there are going to be about 20 elections due to be held in Africa. What kind of leadership role is the AU president going to show given his own standing and the thorny issue of elections in Africa should they come up during his term of office?

Furthermore, Obiang in his acceptance speech is quoted as saying that the concept of democracy, human rights and good governance should in his own words “be adapted to African culture”. This is a statement that is common in Africa. But what is this so-called African culture that we must adapt to?
Our leaders, after hiding behind colonial domination for all Africa’s woes and realising that that argument is no more sustainable or sexy enough, have turned to the need for adaptation of democratic values to an African culture.
The AU chairman and all others who use this as the basis for their arguments should come clear and tell us all about African culture and how to design democracy, good governance and human rights in an African way. We need an alternative proposal for their version of a standard ingenious African democracy for Africa, in Africa, or stop this whole claims about African culture.

The ICC, Kenya and the AU

After the post-election violence in Kenya that resulted in the death of close to 1 200 people, a coalition government was formed as part of a peace agreement brokered by former UN secretary-general Kofi Annan. Among some of the highlights of the peace agreement was the institution of an independent court/tribunal to try alleged perpetrators of the violence by the state.

Following the government’s inability to fulfil these requirements, the International Criminal Court (ICC) named six people as a first step to prosecuting them for their alleged involvement in the crisis. Kenyan’s government has now thought it wise to stop the ICC process by seeking support from the AU.
The AU Executive Council went ahead to endorse Kenya’s request for deferral. When asked why the AU wanted to support Kenya in stopping the ICC from prosecuting suspects, AU commissioner Jean Ping gave an interesting response. He accused Moreno-Ocampo (prosecutor of the ICC) of bias. Ping highlighted the lack of the court’s action in Gaza, Iraq and Burma as evidence of double- standards against African states.
To what extent does this argument really justify why African leaders who are committing atrocities against their own people should not be forced to face justice? How does this argument justify the death of about 1 200 Kenyans in the post-election violence?

There is no doubt that the ICC has so far been focusing its attention on African and Eastern European perpetrators of international crimes. But let’s be honest with ourselves. Africans are being killed, repressed and enslaved by their own leaders on a daily basis. The alleged biases of the ICC do not justify impunity in Africa. If the AU has proposals for an alternative to the ICC, then they should come clear or allow the ICC to do its work. Raising objections without providing alternatives only corner Africa and victims of impunity in a state of hopelessness.

Ping has hinted that the AU leaders are considering the establishment of a continental criminal court to prosecute Africans accused of grave political crimes. With the current powers of African heads of states who have the authority to set up this so-called independent body, and their profiles, it is vain to envisage a moral and political will from them anytime soon, knowing very well that they would be signing their own indictments sooner or later.

International politics and the dynamics of globalisation do exist and are not being overlooked in these analyses. However, African leaders need to also sharpen their negotiating skills to hold their own against their global counterparts. Africa needs to put its house in order and stop justifying their poor performance on external factors.

What Africa and the AU need are transformational leaders with vision, commitment and a resolve to make Africa a better place for its younger generation and generations yet unborn. It is hoped that the people’s revolution in Tunisia and Egypt will be a wake-up call for African leaders and the AU. Leaders with the zeal to tackle the myriad problems with mixed policies and actions are what Africa needs now.
If the AU cannot represent its citizens, then the people themselves after years of inequality and injustice will demand accountability for their stewardship through revolt. The time to start making that history is now.