The Rise (and Demise) of Earth’s Eco-Cities 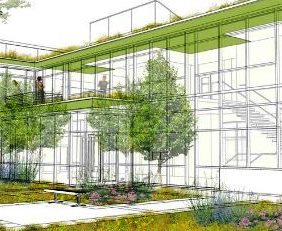 In 2008, the Ecocity World Summit convened in San Francisco to prescribe the “eco-city” concept as the anti-dote to the escalating threats of resource scarcity, climate change and the massive urbanization predicted to occur over the next Century. The Summit organizers made the following declaration: ”Into the deep future, the cities in which we live must enable people to thrive in harmony with nature and achieve sustainable development . . . Cities, towns and villages should be designed to enhance the health and quality of life of their inhabitants and maintain the ecosystems on which they depend.”

The “eco-city” was supposed to combine the principles of green building and the use of information and communication technologies (ICT) to reduce – and potentially eliminate – the adverse impact cities have historically had on the natural environment. In “Sustainable Cities: Oxymoron or The Shape of the Future?,” Annissa Alusi, an assistant professor at Harvard Business School, reviews the origins and outcomes (thus far) of the first generation of “eco-city” projects being pursued around the world. The findings are mixed and include the following snapshots.

Dongtan City – Chongming Island, China
In 2005, the Shanghai Municipal government gave a tract of land on Chongming Island to the Shanghai Industrial Investment Company (SIIC), China’s state-run investment arm. Chongming Island is situated about nine miles from Shanghai’s financial district and covers nearly 33 square miles—an area about three-quarters the size of Manhattan. The government instructed SIIC to develop a plan for the land, thus beginning the project of Dongtan City. The original stated goal for Dongtan was to be a “renewably powered, car-free, water recycling” city which could serve as a sustainable city model for the world, housing 25,000 residents by the 2010 Shanghai World Expo and 500,000 by 2050. According to SIIC, the broader idea was “to skip traditional industrialization in favor of ecological modernism.”

As of 2010, implementation of Arup’s master-plan seemed to be on hold. Peter Head, a key project leader from Arup, said in an interview that to his knowledge, the plans were indefinitely on hold and that SIIC had not informed Arup of the reasons for this. Chen Lianglu, a Communist Party leader in Shanghai, who played a large role in procuring the Chongming Island land for development by SIIC, was arrested for fraud in 2006, which could have and created political tension that may have helped derail the project timeline.

Sitra Low2No – Helsinki, Finland
Low2No plans to be a mixed-use eco-development in Helsinki, Finland about the size of a large city block. In 2006, a master plan for the redevelopment of Jätkäsaari, an industrial port area, was approved, and the Low2No site is planned to lie within this region. Low2No aims to create a successful prototype of a low- to no-carbon district. The project intends to “spur innovation in the field of energy efficiency and sustainable development.”

The Low2No development’s primary goal is to galvanize sustainable development in Finland by pioneering new financial policies to make low carbon ventures economically viable. The development’s leaders hope this will encourage other developers to tackle similar projects in the future. Finland aims to complete 10 successful low or zero-carbon developments similar to Low2No in the five years after Low2No is complete.

Masdar City – Masdar, Abu Dhabi
The government of Abu Dhabi began one of the most famous— and most widely criticized—eco-city projects to date in a desert 17 miles from Abu Dhabi. Called “Masdar City” or just Masdar, the two-square-mile city was designed to house 47,000 people and 1,500 businesses, with a $22 billion price tag and a projected completion date of 2016. The government announced that the city would be zero-carbon, powered entirely by renewable energy, car-free, and produce net-zero waste. Abu Dhabi also accepted an offer to host the headquarters of the International Renewable Energy Agency, mandated to “facilitate widespread renewable energy development and expansion,” within Masdar City.

The project began to face difficulties in 2010, and its leaders backtracked on many of their initial goals. After pushing back the original construction finish date from 2016 to 2020 in March 2010, project leaders admitted that the city would need to import much of its electricity and that plans for electric transport pods (part of a personal rapid transit system) would not be feasible citywide. Several CEOs and directors of various aspects of the initiative resigned or were fired. In July 2010, ADFEC CEO Sultan al-Jaber announced that Masdar City would not be scaled back, but some industry observers believed the initiative would release a revised master plan.

PlanIT Valley – Paredes, Portugal
PlanIT Valley is a prototype smart city being planned for a site in the municipality of Paredes, about ten miles from downtown Porto, Portugal, by a start-up high technology company called Living PlanIT. In 2008, the company acquired the right to purchase 4,200 acres from the municipal government of Paredes as the site for PlanIT Valley. The anticipated completion date is 2015, by which time the city plans to accommodate around 150,000 residents. PlanIT Valley was designed as a research-focused city in which Living PlanIT and its partner companies would base research and development operations to test new technologies and services for sustainable urban development. According to Living PlanIT, the city was designed to be the world’s first “living laboratory of sustainability.”

The company’s founders, Steve Lewis and Malcolm Hutchinson, are former software executives who bring a unique technology perspective to the business of developing cities, and are focusing on the development of what they call an “Urban Operating System,” which will function as the city’s central “brain” by leveraging vast amounts of information gathered from urban systems.

According to Kohn Pedersen Fox, the city’s designer, Meixi Lake proposes to offer “a new model for the future of the Chinese city.” It plans to focus on combining the features of a metropolis and a natural setting, and plans to feature innovative transport networks, a smart grid, urban agriculture, and waste energy recovery. Meixi Lake District is expected to eventually house 180,000 residents and to cover 1,675 acres. The project, in early planning stages, is expected to be completed in 2020.

New Songdo City – Songdo Island, South Korea
Plans for New Songdo City, located on a man-made island about 40 miles from Seoul, South Korea, began in 2000. The city has an anticipated population of 430,000 by 2014. The overall development goal of the 1,500-acre city is “Compact, Smart and Green.” In a nod toward sustainable design, the city’s carbon goal is to emit only one-third the greenhouse gases of a similarly-sized city, with plans for green homes and commercial buildings developed by GE Korea. The city lies within the Incheon Free Economic Zone, so to attract businesses and foreign investment, and aims to “position South Korea as the commercial epicenter of Northeast Asia.”

As of 2009, 60,000 residents and 418 companies and research centers had either relocated to New Songdo or announced plans to do so, and by 2014 the second phase of development should be completed. The city plans to include 10 foreign universities, eight Korean universities, four international schools, and 17 theaters, at some point in the future.