Is globalization about money or about development? 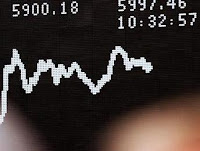 Is globalization about money or about development? This is the main focus of the UN Conference on Trade and Development (UNCTAD). Participants are expected to find it ever harder to reach a consensus.
Financial interests rather than sustainable development should be at the heart of globalization – this is in a nutshell the message of the UNCTAD conference kicking off in Doha on Saturday.


As a warm-up for the Rio+20 UN summit, the agenda for the Doha conference is already somewhat set: "Enhancing the enabling economic environment at all levels in support of inclusive and sustainable development" as well as "strengthening all forms of cooperation and partnerships for trade and development." What's behind those themes is the basic question whether the global economic system still works in today's world – or whether it just adds to the already existing divide between wealth and poverty.

This means that the UNCTAD conference will have the interests of the developed world pinned against those of developing countries. Yet by the time the Doha conference wraps up, all participants will have to come up with a common final declaration.
Seeking consensus
Failing to find such a declaration would send a bad signal for Rio+20, warns Gudrun Kopp of Germany's Development Ministry. "Should good governance and human rights not make it into the final document, this would be inacceptable," she said.
But those two demands that Kopp points out do not always find the support of developing countries or emerging economies like China where the priorities often are progress and fighting poverty – not human rights or democracy. Yet on the other hand, it's often the industrialized world that is defensive when it comes to regulating markets or cutting the subsidies to their own agricultural sectors.
Forum for dialogue
Since 1964, UNCTAD has been a mediator between the interests of the developing world and the industrialized countries. Back then the focus was first and foremost to give the former colonies a forum for their trade interests. In its reports and analysis, UNCTAD has been warning for years about the dangers of an unregulated capital market – a view which in the wake of the financial crisis is now also taking hold in the industrialized world.

With only around 400 people working for it, UNCTAD managed to correctly predict the economic crises in Mexico, Asia and Argentina. The World Bank, meanwhile, failed to see those crises ahead of time, despite the fact that it has 10,000 employees. The International Monetary Fund has also missed the mark in the past.
Still, UNCTAD has much less political influence. "It is not a forum for making decisions, but rather one for dialogue and seeking consensus," Kopp said.
Waning influence
Although the results of the conference will indeed be noted by other UN organizations and are also part of the negotiations within the World Trade Organization (WTO) – they do not in fact have a real impact. The positions are too different. "The WTO seeks to liberalize global trade. UNCTAD rather thinks that trade is no end in itself but a means for development," says Tilman Altenburg of the German Development Institute.
The traditional dividing lines between the developing world and industrialized countries are shifting though since several of the emerging economies are now part of the G20 - the group of the 20 leading economies. For China, Brazil and India it is more interesting to negotiate directly with the finance ministers of the industrialized countries," says Altenburg. "The interests of the emerging economies are no longer identical with those of the developing world."
There, he adds, the Doha conference will give interesting clues as to UNCTAD's future relevance. Some 30 former UNCTAD employees have already released a declaration warning that should the developing world, emerging economies and industrialized countries fail to find a consensus, UNCTAD would be in danger of ending up merely an administrative body. This, they warn, would mean that there would no longer be a forum for analysis from the perspective of the developing world.