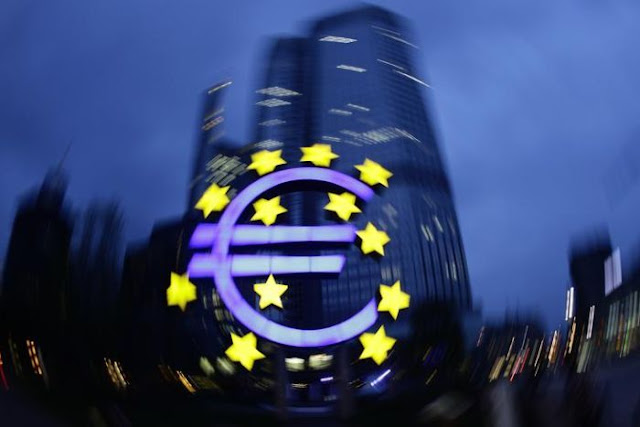 Europe is still an economic train wreck in the making. But it's happening in slow motion. The big crashes and explosions are missing. For now.

One spark to light things up may be the Financial Transactions Tax (FTT) that French President Nicholas Sarkozy is pushing. Sarkozy is pushing for the tax because he's up for re-election this year. He needs to look like he's on the side of the people and not working for the banks.

The tax would only raise about $70 billion, according to Bob Adelman at The American Statesman. Adelman writes:

The tax would be levied, initially at least, on every financial transaction taking place by any entity with a connection to the Eurozone, and would be levied at the rate of 0.1 percent on shares of stock and bonds, and 0.01 percent on all derivatives transactions. It is estimated that the FTT would cover about 85 percent of all transactions between financial institutions such as banks, investment firms, insurance companies, pension funds and hedge funds. It is expected to raise, in the beginning, about $70 billion annually to help fund the EU.

The tax is more about finding money for the EU than anything else. Europe needs to become more competitive. It also needs more economic growth to pay off the huge debts amassed by the Welfare State. The so-called "fiscal pact" agreed to in December didn't achieve any of that. And nothing has changed since.

As an aside, using the tax system to punish speculation by banks and financial firms is emotionally satisfying. But it's logically absurd. It's also punitive financial-behaviour modification based on a flawed understanding of how wealth is created. How?

An FTT may disincentivise financial transactions by adding to their marginal cost. But as long as the supply of credit and cheap money to the banking system remains abundant, the banks have an open invitation to speculate. Banks speculate because the financial system makes it more profitable to speculate than to prudently invest. The problem isn't the behaviour. The problem is the enabler.

The cause of an overly financialised economy isn't the financial sector. It's a monetary system that enables the unlimited growth of credit. If money were sound in Europe and the central bankers and politicians didn't collude to run up big debts, growth wouldn't be driven by credit. It would be driven by real demand from real incomes earned in money that grew in purchasing power over time.

In a world without financial fascism (the marriage of banking with the Welfare/Warfare state) people would have to make money the old-fashioned way: by delivering goods and services based on real, sustainable demand. Not by speculating.

The bright side is that the FTT is just the sort of thing that might pop the bubble of belief in corrupt financial markets and the governments that support them. The belief that governments will repay their debts would pop too. And you'd finally have some resolution of Europe's problem with debt defaults, restructurings, and a reordering of the Eurozone along lines that suit the needs of the various member countries.

But none of that will happen this week. Europe is reaching the end of the growth road. Demographically, it's ageing.

Economically, the Euro allowed for German manufacturing via export growth to the rest of Europe. But the southern part of Europe can't compete with German industry. The result for Greece, Portugal, and Spain was less growth and more debt.