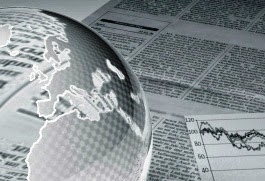 For the fifth time in a row, Henkel is listed as the sustainability leader in the Dow Jones Sustainability Index in the Nondurable Household Products category. In addition, Henkel is the only company in its sector to be represented in both the Dow Jones Sustainability World Index (DJSI World) and the Dow Jones Sustainability Europe Index (DJSI Europe). The indices list corporations that follow the principles of sustainable development in their business operations.
The results of the 2011 sustainability assessment conducted by Dow Jones and the Swiss agency Sustainable Asset Management (SAM) were announced earlier today. The assessment is based on a thorough analysis of corporate economic, environmental and social performance, tracking issues such as corporate governance, risk management, branding, climate change mitigation, supply chain standards and labor practices. Only 10 percent of the world's largest corporations make the grade for selection in the DJSI World. In North America, Henkel markets a range of well-known consumer and industrial brands, including Dial® soaps, Purex® laundry detergents, Right Guard® antiperspirants, and Loctite® adhesives.
"Our commitment to leadership in sustainability is deeply embedded in our value system," said Henkel CEO Kasper Rorsted. "We also define leadership on the basis of how our stakeholders perceive us in our efforts and so it is important to receive feedback if we are living up to this commitment. We are therefore delighted that our sustainability performance has once again been confirmed by this important rating."
Maintaining a balance between economic success, environmental protection, and social responsibility has always been fundamental to Henkel's corporate culture. Henkel's pursuit of sustainability is both long-term and entrepreneurial in nature, covering all activities throughout the value chain.
Having invested many years in the cause of sustainable development, Henkel's excellent performance in this field has repeatedly been recognized by numerous national and international ranking agencies: For the tenth consecutive year, Henkel was included in the international FTSE4Good index. It is again listed in both the Ethibel PIONEER and Ethibel EXCELLENCE Investment Register. For the second time, the company is included in the 2011 Tomorrow's Value Rating, an annual assessment of corporate sustainability practices. At the last World Economic Forum in Davos, Henkel was ranked 61 in the Global 100 Most Sustainable Corporations in the World. It was also included in the list of the Ethisphere Institute's World's Most Ethical Companies for the fourth year in a row.
Henkel also provides extensive information on sustainability and corporate social responsibility, plus all the relevant rankings and ratings, on its website www.henkelna.com/sustainability .
Henkel operates worldwide with leading brands and technologies in three business areas: Laundry & Home Care, Cosmetics/Toiletries and Adhesive Technologies. Founded in 1876, Henkel holds globally leading market positions both in the consumer and industrial businesses with well-known brands such as Persil, Schwarzkopf and Loctite. Henkel employs about 48,000 people and reported sales of 15,092 million euros and adjusted operating profit of 1,862 million euros in fiscal 2010. Henkel's preferred shares are listed in the German stock index DAX and the company ranks among the Fortune Global 500.