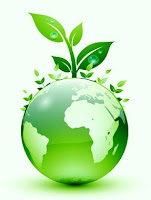 The European Parliament has approved a report - Europe, The World's No. 1 Tourist Destination: A New
Political Framework for Tourism in Europe - that commends the Travelife Sustainability System as part of a series of proposals which aims to improve tourism across the EU.

The European Parliament passed the report that makes a series of recommendations to the European Commission on how to improve its tourism strategy. The proposals made by the European Parliament’s Transport and Tourism Committee include recommendations to make European tourism greener and safer, including a commendation of the Travelife System.
The Travelife Sustainability System, wholly owned by ABTA, the UK Travel Trade Association, is a practical tool for hotels and apartments to monitor and manage their social and environmental impacts. It also offers an opportunity to promote these achievements through its awards scheme, rated bronze, silver and gold.
Supported by some of the largest tour operators in the world as well as smaller independents, Travelife is based on European and International standards and also partly funded by the EU. Since it was founded in 2004 it has grown to become the international certification scheme of choice for the travel industry.
Today 15,000 properties worldwide have registered with Travelife, 1,500 have completed a full third party audit and well over 500 properties have been granted a Travelife award of Bronze, Silver or Gold.
Carlo Fidanza, an Italian MEP who championed Travelife’s inclusion in the final Parliamentary report said: “Tourism is a major employer across the EU and one of the future pillars of Europe’s economy. Ensuring that tourism is sustainable both environmentally and socially is an important goal and the European Parliament has noted the importance of this challenge in the own-initiative report, I had the honour to draft.”
Soren Stober, Business Manager of Travelife said: “We are delighted that we have achieved a recommendation of Travelife in the EU Framework for Tourism. Every industry needs to be sustainable to ensure a successful future – and this is true too of the travel and tourism sector. As it is an EU partly-funded product that adheres to EU standards, Travelife is perfectly placed as a tool to raise sustainability standards for the tourism industry. The number of tour operators and properties participating in Travelife has grown by 60 per cent in the last year, and this recommendation is important as we look to further expand the scheme."
The Tourism in Europe Report now goes to the Commission for consideration of its proposals. ABTA has met with the Commission on a number of occasions recently to win further support for Travelife.
source:traveldailynews.com