Brazil and Latin America gear up for Earth Summit 2012 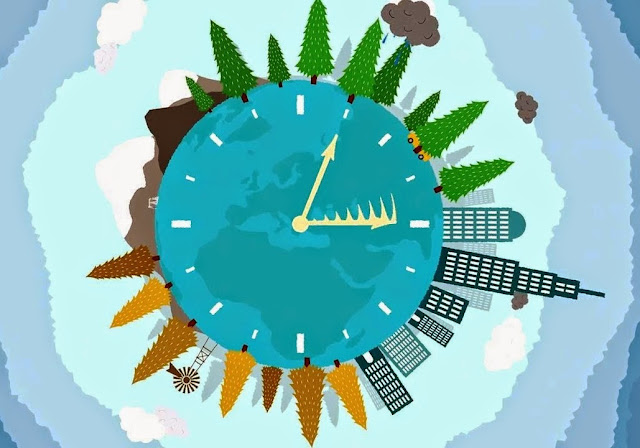 It wouldn’t be Rio if there wasn’t a party. The Municipality of Rio de Janeiro announced that this year the city’s famous New Year’s celebration will focus on sustainability and highlight the Rio +20 Earth Summit coming up in June 2012. However, officials, business leaders and the public aren’t waiting until the end of the year to get the ball rolling on Rio+20, when over 50,000 people, including 120 heads of state and government officals*, are expected to descend on the city. Earlier this month, the national commission charged with preparations for Rio+20 gathered for the first time
to discuss Brazil’s plans for the summit. Elsewhere in the region, other Latin American governments are also defining national and regional priorities for Rio+20. As we move closer to this important Earth Summit, it’s critical that Latin American countries aim for clear and concrete commitments to ensure the region achieves a low-carbon development path.

In Brazil the government, civil society and private sector are prepping for Rio+20. On July 1, Brazil’s new National Commission on the UN Conference on Sustainable Development held its inaugural meeting and started work on crafting the country’s Rio+20 proposal to the United Nations, expected by November 1. Created by a presidential decree, the commission is co-led by Foreign Affairs Minister, Antonio Patriota, and Environment Minister, Izabella Teixeira. The commission, which includes representatives from 18 ministries, social sectors and various government entities, is tasked with promoting dialogue on the key themes of Rio+20: the green economy and governance for sustainable development.

Meanwhile, civil society and the private sector are also beginning to focus on Rio+20. Civil society groups in Latin America are engaging in dialogue about what the green economy means in the face of the region’s development challenges. Earlier this month, representatives from 150 organizations and social movements from 27 countries gathered in Rio in preparation of the People’s Summit that will be held in parallel to the main UN summit next June. The private sector is also jumping on board and Brazil’s Instituto Ethos, a corporate social responsibility association, will host a conference in early August that will look at various aspects of sustainability and the green economy. During the conference participants from the public, private, NGO and labor sectors will craft a document as the starting point of a transition agenda.

Elsewhere in the region, preparations for Rio+20 are also moving forward. The Economic Commission on Latin America and the Caribbean (ECLAC) will host the UN’s official Regional Preparatory Meeting in Santiago, Chile from September 7 -9. The gathering will be an opportunity to discuss the region’s progress toward sustainable development goals and for countries to agree on a unified position for the summit. Meanwhile, the environment ministers of the Mercosur trade group, Uruguay, Paraguay, Argentina, Chile, Bolivia and Brazil initiated discussions on priorities for Rio+20 and the need to develop a common environmental agenda for the region.

As they prepare for Rio+20, what should Latin America governments focus on? With less than a year until the Earth Summit, it is critical for Latin America to seize this opportunity and show real leadership in the developing world by avoiding vague proposals and instead making concrete commitments to action.

For one, countries in Latin America should take advantage of the growing momentum in the renewable energy sector and commit to expanding renewable energy capacity through smart energy policies. As my colleague Jake Schmidt discusses here, a recent report from UNEP highlights that in 2010 worldwide new investments in renewable energy rose to $211 billion, a 32% increase over the previous year. For the first time, most of this new investment is in developing countries. Leading the way are emerging economies, including Brazil which saw $7 billion investments in 2010 and an annual growth rate of 62% during the 2004-2010 period.

New renewable investments in Latin America as a whole in 2010 totaled US$13.1 billion, a 39% increase over 2009. Excluding Brazil, Latin America was the region with the greatest absolute increase in renewable energy investment in the developing world.

Mexico invested US$ 2.32 billion, a four-fold increase over 2009, primarily in wind and geothermal energy, largely due to the government’s decision to increase renewable energy generation capacity from 3.3% to 7.5% by 2012.
Argentina, which set a target of 8% renewables by 2016, saw 2010 investments in wind, ethanol, biodiesel and biomass jump seven-fold to US$ 740 million.
Peru, with a target of 5% renewable capacity by 2013, saw investments in small hydro, ethanol and biomass more than double to US$480 million.
Chile, with abundant renewable resources that are already cost-competitive, set a target of 10% renewable generation by 2025 that helped spur investment in biomass, wind and small hydro to US$960 million, a 21% increase.

The Rio+20 Earth Summit is a key opportunity for Latin America to commit to policies that will increase renewable energy generation. The increased investments in renewables in Latin America and in other developing world regions are directly linked to smart policies such as targets for renewables and feed-in tariffs. Latin America has abundant renewable resources that can help meet the region’s growing energy demand and address the unmet energy needs of the 31 million people without access to electricity -- helping to bring them out of persistent poverty. As governments plan for Rio+20 they must seize this chance to implement policies that will help pave the path to sustainable, low-carbon development.

Rio’s New Year’s celebrations are sure to kick off the coming year with a bang. Hopefully when we come to Rio in June 2012 for the next Earth Summit we can also celebrate the start of a real transformation to a more sustainable future for Latin America and the rest of the world.