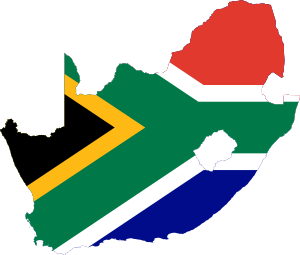 Image via Wikipedia
The recovery in the local manufacturing sector is sustainable, according to some economists. Growth in South Africa's manufacturing production sector continued in 2011, rising a stronger 6.0% year-on-year in February after increasing a revised 1.6% in January.

The 6.0% increase was mainly driven by higher production in the motor vehicles, parts and accessories and other transport equipment division; the petroleum, chemical products, rubber and plastic products division; the food and beverages division; and the wood and wood products, paper, publishing and printing division.

Investec economist Kgotso Radira said that growth in production continued to recover across most sub-sectors except the textile, clothing, leather and furniture industries.


Nedbank economists added that the latest output numbers were encouraging and probably suggested that manufacturing was catching up with the recovery in consumer spending.

Radira said the stability of the PMI above 50 since November 2010 showed that the recovery in the sector was sustainable and was likely to continue on the growth path in the first quarter of 2011.

Nedbank economists however questioned whether the jump in February would be sustained or whether it was largely due to continued recovery from the strike-afflicted third quarter of 2010.

As debate continued on the extent to which natural disasters in Japan would affect local production, Radira said the auto sector was likely to be more affected.

He forecast a temporary negative impact on growth in motor vehicle production in coming months due to possible shortage of parts and other input material from Japan.

Seasonally adjusted sales of manufactured products at current prices increased by 5.1% or 15.9 billion in the three months ended February 2011 compared with the previous three months ended November 2010. Nine of the ten manufacturing divisions reported positive growth rates over the period.