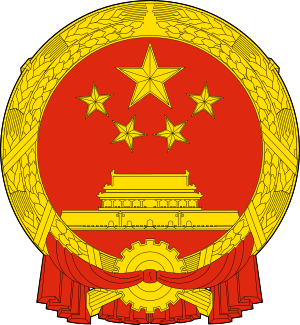 Image via Wikipedia
China is to shift its focus from relentless economic growth to pursue more sustainable expansion, the latest discussions over the country’s new five-year plan suggest.
At the ongoing National People’s Congress, which opened in Beijing on March 5, the government revealed China’s annual GDP growth target for the coming five years will stand at an average of 7%, a departure from the previous aim of 8%.

The country’s annual growth rate ran at 11.2% over the course of the previous five-year plan, according to figures released by Wen Jiabao, the Chinese prime minister. This has prompted fears that China’s economy is at risk of overheating, especially in its manufacturing bases on the coast.

So far, the announcements have appeared to support a rebalancing of the country’s economy to avoid this.
Speaking yesterday at a panel discussion, Hu Jintao, the Chinese president claimed the coming years will be spent transforming the economy to ensure it benefits from long-term and sustainable growth. He highlighted elements of the new five-year plan such as greater attention to social management, social stability and environmental protection.
The draft of the plan, in addition to lowering the GDP growth target, seeks to increase domestic demand for consumer goods, lift non-fossil fuel use to 11.4% of total energy consumption and keep inflation to around 4%. Coastal areas, often seen as the ‘factories’ of China, will be encouraged to move from basic production to research & development and advanced manufacturing.
How these plans translate into practice remains to be seen. Seemingly anticipating doubts, Wen admitted in his government work report that China faces a number of challenges in rebalancing the economy.
“We are keenly aware that we still have a serious problem in that our development is not yet well balanced, coordinated or sustainable,” he explained