Affordable Housing: the issue makes its come back on the European Agenda 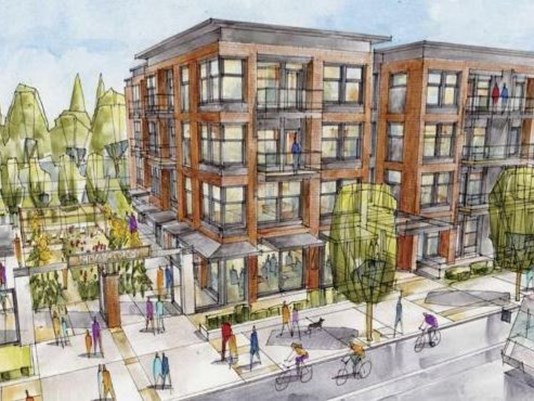 What can be done to avoid evictions? How can a city provide housing to the most vulnerable groups and to the young talented people? Can low-carbon housing be affordable?
Barcelona , Dupnitsa and Poznan have developed interesting initiatives to work towards “Housing for All”, looking at the social, environmental and physical aspects of housing policies.

In an excellent article on the meaning of affordable housing,Laura Colini wrote the following: “If affordable housing simply means that adequate housing should be accessible and affordable to all, -and primarily to those at risk of becoming or already less well off- its meaning remains not universally shared in public policies all over Europe… the statistics on Affordability of housing by Eurostat from November 2015 are reporting for 2014 that 11.4 % share of the EU-28 population lived in households that spent 40% or more of their “equivalised disposable income” on housing.”

Two decades ago the housing problem was thought to be solved in European cities. The large construction programmes of the 1960s and 1970s decreased housing shortage, while the neoliberal economic turn and the reduction of the welfare state benefits to those who were considered to be the most in need (residual welfare system) further decreased the effective demand of families. This artificial balance of demand and supply suddenly changed with the economic crisis, which affected the construction industry to a very large extent. The huge drop in new housing construction, together with the austerity policies of the states (causing a further shrinking in welfare payments) led to a quick increase of the housing problems. Not only the number of homeless people grew but also of those who are living in very bad physical housing conditions and/or in overcrowded units. As a long-term consequence of the financial crisis also the number of families, which are threatened by eviction for not being able to pay their increasing housing costs, soared.

Inspirations and Learning from Barcelona, Dupnitsa and Poznan

Preventing Evictions: Barcelona’s example shows how cities are bound by the national legal framework
Cities, when designing their own policies towards affordable housing, do not operate in a vacuum: many aspects of housing policies are determined on national level. The URBACT Good Practice of Barcelona is a prime example of this.

When Ada Colau (link is external), a former housing activist, became mayor of Barcelona in 2015, the political strategy of Barcelona changed radically and the Right to housing became an important element of it.

“Housing First” is a well-known approach among cities, which have socially sensitive local housing. It responds to homelessness through offering housing units at the bottom of the housing market instead of placing homeless people into shelters.

Barcelona went further and also introduced the “Housing Last” program, which tries to keep people threatened by evictions as long as possible in their flats.

The number of planned evictions is high in Barcelona, around 30 evictions per week. Earlier the main reason for evictions was foreclosure. It has now become the high level of rents, partly boosted by AirBnB rentals.

The original political aim of the city was to stop evictions to happen at all, or at least to make it so that the final decision be taken at the local municipality level, as being the closest to citizens and knowing best the real circumstances. This would be in line with the proposals of the European Federation of National Organisations Working with the Homeless, Feantsa (link is external), an EU-wide NGO focused on protecting the homeless. Unfortunately, Barcelona had to face the reality: in Spain, as in most other EU countries, housing competences are divided between the different levels of government and the quite strict national regulation on evictions can not be changed by local municipalities.

The URBACT City Festival (link is external)in Tallinn was the occasion to discuss the Barcelona case in an international perspective. In Poland, the national housing law does not allow to evict families to the street. The “Housing Last” program of Barcelona, which handles some 80% of eviction cases, either stopping the process or offering alternative accommodation for families where eviction cannot be avoided would not be needed in Poland, since the right to housing is there ensured (at least for families) by national law. No wonder that the representatives of Barcelona and Poznan exchanged their business cards: Barcelona seemed interested to study further the details of Polish housing law.

Affordability of housing is a complex topic. There is no unilaterally accepted definition across EU countries, as the cases of Dupnitsa and Poznan show. Income limits, a key element to determine eligibility for affordable housing, have to be locally defined.

A Home for Everyone, the Good Practice of Dupnitsa, Bulgaria, aimed at the construction of 150 new social housing units for vulnerable families. Eligibility to the new social flats, was defined locally according to the following criteria: being a Bulgarian citizens, living at least since 5 years in Dupnitsa; having no properties suitable for permanent dwelling; having no ownership of non-built-up landed property, not owning factories, workshops, shops, commercial and business warehouses; having no ownership of property, including motor vehicles, of a total value greater than the market value of a dwelling in Dupnitsa. Besides these factors an upper income limit was given in the following way: one quarter of the total annual income of the household should be less than the cost of a market rental price for a home corresponding to the needs of the household.

The number of residents, which were considered as eligible on the basis of these factors, was much higher than the number of flats available. Thus a second step ranking system was introduced, based on employment, age, education, health and family status. Within this ranking the chances of families were higher if working (as opposed to unemployed), being middle aged (as opposed to younger and older); having higher education (as opposed to lower educated); being single parent or having many children (as opposed to families without children).

To sum up: in Dupnitsa those people had the chance to get a new social flat who did not have property and had middle or lower income. Within this group, however, the better educated and employed people had the advantage. The latter criteria hint to the efforts of the municipality to select those parts of the needy population which seems to have more ambitions to learn and work (which means excluding the “undeserving poor”).

Poznan developed a different approach, focussed on retaining university graduates and young talents in the city, offering them affordable rental flat for up to 10 years. Tenants are chosen on the basis of several selection criteria: they should be university graduates within the last five years, below 36 years old, and should not own any other apartment in Poznań. They must work in or run a business in Poznań and pay taxes there. There is also an upper and a lower income limit.
In both cities the new housing construction programme aimed for affordable housing to certain population groups. In order to achieve their aims, both programmes used interesting mixtures of upper and lower limits: with upper income and property limits to focus the programme to the relatively needy population but exclude (with the lower/minimum income, education and employment criteria) those who are the poorest, low educated or long-term unemployed.

Of course the latter can appear to be highly controversial conditions, which illustrates well the complexity of the affordable housing topic.


How to do it? The decisive impact of the institutional background

Affordable housing programmes require strong leadership of the local municipality. Such programmes might apply very different tools, depending on their focus, whether it is keeping vulnerable families in their flats, improving low quality housing or constructing new housing for specific population groups.

The URBACT Good Practice cities mentioned here share the strong political will to develop housing policies with social aims and have developed the corresponding professional capacity within the local municipality to steer such programmes.

There are differences in other details, e.g. Poznań has created the Social Housing Association (PTBS), a public company which can manage the housing programme for graduates, when the other cities do not have such institutions.

In Tallinn, the extent to which such city owned housing companies are needed to implement affordable housing programmes successfully was discussed heavily. This discussion led to further exchange between Antwerp and Poznan. Antwerp does not have its own housing company. The representatives of the city became interested in Poznan housing for graduates project and wondered if such a programme could be carried out on the basis of renting housing from the private market.

Learning from one corner of Europe to the other

One and half hour is not much time for discussions on such a complex issue as affordable housing. The Good Practices showcased in this panel at URBACT City Festival raised many interesting dilemmas, such as which population groups need help with affordable housing, how their selection can best be performed (income and other selection criteria) and to what extent publicly owned institutional background is needed for this. Besides these issues it was striking to see how well-developed and rich Western European cities (Barcelona and Antwerp) became interested to learn from innovative examples elaborated in less rich cities (Poznan and Dupnitsa) of the new member states. It is my hope that the exchanges among these good practices during the URBACT City Festival in Tallinn and the freshly established links between the cities last long and lead to new Transfer Networks in the future.