Sustainability from Sanctions? The Eurasian Development Bank and Infrastructure Projects in Russia’s Arctic 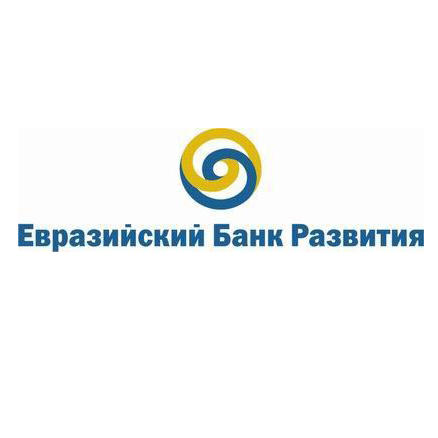 Eurasian Development Bank (EDB) announced it will be financing infrastructure projects in Russia that were previously turned down by the European Bank for Reconstruction and Development (EBRD). The news follows yet another dismissal by the EBRD of a Russian complaint during the bank’s annual conference last month, citing the temporary suspension of funds for Russian projects in light of international sanctions linked to the Ukraine crisis. From the perspective of Arctic environmental and social sustainability, these developments are worrying because the EDB still lack the clear implementation frameworks deployed by the EBRD and other western lenders to international best practice standards. Nevertheless, they also represent an opportunity for the EDB to flesh out a sustainability framework of their own, with the potential to further reduce environmental and social risks of infrastructure projects across the Russian Arctic.

The EDB was established in 2006 by Russia and Kazakhstan. It currently comprises six member states, including Armenia, Belarus, Kyrgyzstan and Tajikistan. As it develops, it should continue to provide transparent, practical mechanisms for reducing risks of investment, not least for projects based in the northernmost latitudes where investors and operators may struggle to obtain their Social License to Operate (SLO) if they fail to mitigate project risks to communities and ecosystems.
The Russian Arctic, with its vast area and hostile climate, is a challenging environment for development projects. Yet the region contains massive oil and gas reserves as well as a large portion of the nation’s estimated 20,000 deposits of minerals and metals. Compared with other Arctic states, Russia’s domestic social and environmental standards are limited; as development in the region continues, companies operating across the Russian Arctic and seeking project finance should have to comply with increasingly stringent social and environmental policies and procedures.

An ideal scenario would see the EDB publishing detailed sustainability guidance, which are essentially roadmaps for applied Corporate Social Responsibility (CSR) initiatives. By highlighting potential economic disadvantages of failure to mitigate project risks to the environment and communities, facilitated by bespoke methods of impact measurement, these frameworks offer achievable pathways to sustainable development backed by financial and reputational incentives.

In practice, this means the EDB should produce clear guidance requiring environmental and social risks of a project to be addressed before funding can be unlocked. Broad environmental areas covered within such frameworks typically include landscapes and topography, soils, geology, air quality, hydrology and biodiversity. They also address impacts on local communities and stakeholders, including on demographics, land use and livelihoods, infrastructure, transportation, human resources, archaeology and cultural heritage.
A Sustainable Investment Opportunity

The concept of sustainable investment is not a new one. Over the past thirty years, financial institutions have grown increasingly aware of how environmental and social risks may harm investment, including by eroding the trust of project stakeholders. Starting in the mid-1990s, pioneering banks began reporting on the environmental impact of their investments in an effort to promote transparency and gain a reputation for sustainability credentials. Nearly a decade later, the United Nations Environmental Programme Finance Initiative (UNEP FI), Global Reporting Initiative (GRI) and the milestone Equator Principles (EPs) formalized how banks, asset managers and insurance companies reported environmental and social performance of large-scale (over US$10 million) infrastructure, mining and energy projects.

In this context, the 2006 International Finance Corporation Performance Standards (IFC PS) offered an early benchmark of best practice. Supported by subsequent revisions and similar guidance, such as the EBRD’s Environmental and Social Sustainability, these offered recommendations for environmental practices, the health and safety of workers, and engagement with communities. At the heart of these schemes lies the Environmental & Social Impact Assessment (ESIA) reporting. Transparency is a vital component within these strategies, often requiring early public disclosure of predicted impacts in advance of the allocation of funding.

Any novel framework created by the EDB should be seen as an opportunity to further advance the integration of cross-cutting, global themes into site-specific analyses. Whereas initial sustainable investment guidance focused largely on stand-alone aspects in the social and natural environment, themes such as climate change, ecosystem services, gender and human rights bridge the gap between social and environmental aspects of impact analyses. These themes cannot be addressed in isolation and their delivery to international best practice standards often requires a multidisciplinary team of independent experts.

For example, ecosystem services approaches attempt to quantify the intrinsic value of the environment to human well-being. By incorporating these into risk management frameworks, for example by measuring impact on potable water provision or risk to species used in traditional hunting practices, the new frameworks bridge the gap between environmental and social elements of risk. The same holds true for risks relating to climate change, where emissions scenarios and their complex consequences throughout a project’s lifetime continue to take on a more prominent role within impact assessments.

Human rights and gender aspects are also increasingly important within the impact assessment process. They are formalized in enhanced stakeholder engagement strategies and the provision of grievance mechanisms, through which vulnerable community members are given a continuous chance to voice their concerns directly to operators. Often easier said than done, these approaches encourage operators to co-develop projects with stakeholders. This is particularly important in the Arctic, where concerns of Indigenous Peoples are often overlooked by outside investors and project operators.

Improving Delivery of CSR in the Russian Arctic

The financial incentives for improved delivery of CSR in emerging economies have never been greater. Wherever operators seek finance from lenders with stringent sustainability credentials, local communities across the Russian Arctic are set to benefit. In this context, although the EBRD made the decision to temporarily suspend funding of new projects in Russia in July 2014, a country which until then accounted for about one-third of the bank’s lending volumes, infrastructural development will continue across the country, not least as part of the global quest to unearth the Arctic’s wealth of natural resources.
Despite the challenges posed by the harsh climate and sheer vastness, the planet’s northernmost latitudes continue to emerge, including a result of climate change, as an important new frontier for shipping, fisheries and natural resource extraction. In the Russian Arctic, where social and environmental standards lag behind those deployed in other Arctic states, a novel EDB framework emphasizing cross-cutting themes and transparency has the potential to reduce harmful industrial practices, improve stakeholder engagement strategies and can lend a stronger voice to some of the Arctic’s most vulnerable communities.