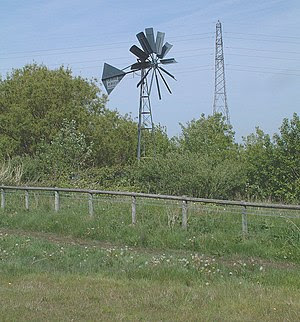 Image via Wikipedia
Energy from fossil fuel gets 12 times more in subsidies worldwide than sustainable energy, says a new report from the USC Marshall School of Business.

That discrepancy, as well as other barriers including high clean-tech start-up costs and low prices for products, keep green investment from booming, according to a group of MBA students from the school.

Without clear global policies on how to regulate and incentivize green business and technology, investors aren’t making any long-term bets on the industry, which is also less lucrative than the fossil fuel market.

And without ways to store the energy created by renewable sources such as solar or wind, companies may avoid innovating new generation technologies at all, the students found.

“Inertia in the form of myopia, misperception, and dulled motivation, at the economy, firm, and consumer levels creates resistance to change and constrains solution-seeking to incremental improvements of known technologies rather than disruptive breakthrough innovations needed,” they wrote in their executive summary.

The team presented their findings recently in Yokohama, Japan, to an advisory council of the Asia Pacific Economic Cooperation, a 21-nation group known as APEC. The researchers made their conclusions based on nearly 200 interviews with business leaders in 14 countries.