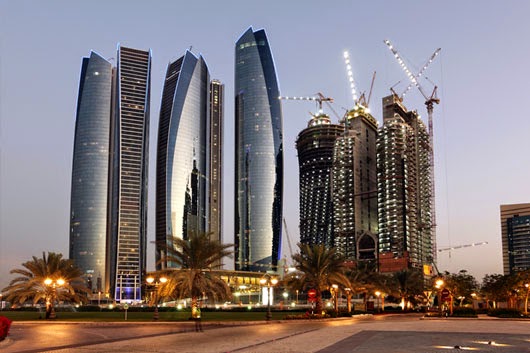 The International Council for Research and Innovation in Building and Construction (CIB) was established in 1953 as an Association whose objectives were to stimulate and facilitate international cooperation and information exchange between governmental research institutes in the building and construction sector, with an emphasis on those institutes engaged in technical fields of research. CIB has since developed into a worldwide network of over 5000 experts from about 500 member organizations with a research, university, industry or government background, who collectively are active in all aspects of research and innovation for building and construction. CIB has been organizing and supporting several scientific conferences every year in different parts of the world since 1953. This conference is organized by CIB-MENA, the CIB Research Network in the Middle East and North Africa.

Cities in the Middle East and North Africa, like cities in other parts of the world, are experiencing an unprecedented wave of urbanization. This urbanization is forecast to continue and intensify in the next decades. Many old cities are mushrooming to incomprehensible sizes and are forecast to approach or exceed 40 million people in the coming decade. In other cases instant cities have emerged and developed from wilderness to full urban status within a single generation.

This rapid development poses a great challenge for all those involved in the design, planning, construction, and management of the built environment in order to provide sustainable, livable, equitable, and viable cities for all people. These challenges are so diverse and range from retrofitting existing building stock and infrastructure to the design and construction of new developments. They are also so diverse that they requires innovative interventions at different levels starting from urban and infra-structure planning on one end of the scale to interior design and material science on the other end of the scale with many other levels in-between including architecture, civil engineering, urban design, and landscape architecture. The challenges are also so diverse that sustaining cities will not be possible without interdisciplinary efforts. Decision makers will need to involve multidisciplinary teams of planners, architects, engineers, environmentalists, scientists and economists to sustain the growth of these centers that are shaped by global factors, and aspire to retain local identities.This conference will provide an excellent opportunity for everyone involved in the design, planning, construction, and management of the built environment to share international best practices, experiences, technologies, and policies applicable, and offering solutions to the challenges of cities in the 21st century.

Abu Dhabi is the capital and the second most populous city in the United Arab Emirates and also capital of the largest of the UAE's seven member emirates. The city proper had a population of 921,000 in 2013.
Abu Dhabi has grown to be a cosmopolitan metropolis. Its rapid development and urbanisation, coupled with the relatively high average income of its population, has transformed Abu Dhabi to a larger and advanced metropolis. Today the city is the country's center of political and industrial activities, and a major cultural and commercial centre, due to its position as the capital.

The dream began with the Charter of Abu Dhabi University in the year 2000 by his Highness Sheikh Hamdan Bin Zayed Al Nahyan and other distinguished citizens of the United Arab Emirates. After three years of planning, the university opened its doors in September 2003, to 1,000 students in its two campuses in Abu Dhabi and Al Ain. Before enrolling students, Abu Dhabi University has taken all necessary procedures to secure accreditation for all its degree programs from the Ministry of Higher Education and Scientific Research.
The founders of the university envisioned an institution that would be among the best in the United Arab Emirates, the Arabian Gulf region and throughout the world.