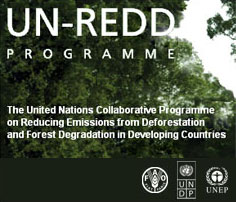 The UK-based International Institute for Environment and Development has issued a warning that tropical countries participating in REDD+ schemes, whereby they get compensated for protecting their forests to limit emissions of greenhouse gases from deforestation, could fail to reap social and environmental benefits.
The warning is based on the findings of the Forest Governance Learning Group (FGLG) teams in ten nations in Africa and Asia where it promotes decision making about forests that is "fair and sustainable".
The report highlights success stories at the national level, in which FGLG teams have influenced policy processes to promote outcomes that benefit forest-dependent communities who have been marginalised.
It concluded that national plans for REDD+ Ghana, Indonesia, Mozambique, Tanzania and Vietnam could do more harm than good.
The reason is that in many countries top-down, government-led plans for REDD+ been have been rushed through and focus more on how to count carbon stored in trees than on how to actually implement a system that brings real benefits for communities, biodiversity and the climate.
"REDD+ remains forestry's best hope yet but it must be built from the bottom up," said James Mayers, head of IIED's Natural Resources Group and co-author of the FGLG report. "Strategies are difficult to turn around once they head off in the wrong direction and the costs of bad strategy for forests are extremely high. To realize justice in the forests, policymakers must turn REDD+ on its head and put control of the forests into local hands".
Concerns about how REDD+ is implemented is echoed by other organizations. Raquel Nunez, from World Rainforest Movement (WRM), thinks REDD+ diverts attention from the real source of emissions, that is, the burning of fossil fuels. "To claim that carbon emissions from the use of fossil fuels can be "offset" simply by preventing emissions from deforestation is a false, misleading and lethal argument", she said.
WRM says REDD+ is limited because it only sees forests as carbon sinks and fails to acknowledge their role in biodiversity preservation. Besides, the implementation of REDD+ reinforces the role of states, including those that don't recognize the land rights of forest related peoples who have been their guardians.
"REDD+ represents a limited vision of the problem of deforestation that serves the interests of major polluters in the industrialized countries by helping them to avoid the need to change their polluting ways", WRM argues.
Image credit: UNEP
Source: justmeans.com