Nanotechnology can prop up rural development 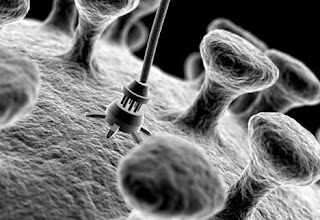 VARANASI: Nanotechnology has the potential to ensure sustainable rural development in the country, but unfortunately it is not being used on a larger scale, said Alain Reocreux, an agriculture expert from France, on the penultimate day of the three-day international conference on 'managing sustainable development of rural economy and agri-business', at Banaras Hindu University (BHU) on Saturday.

Reocreux also said that nanotechnology is being widely used in foreign countries for sustainable development in agriculture sector.

Anjani Kumar, an expert from New Delhi, talked about the role of livestock in rural economy.

He said, "Properly managed livestock centres can generate jobs. There is a need to develop integrated farming system models that can link crop production with livestock management for maximising the benefits of farmers.

M M Abu Bakar from Nigeria stressed on the need for farmers living near urban areas to sell milk in cities to generate more income.

Film festival concludes: The two-day national seminar-cum-film festival concluded at the department of journalism and mass communication, BHU, on Saturday. The last day of the programme witnessed screening of a number of films including 36 Chowringee Lane by Aparna Sen, short Hindi film Bhoomika by Shyam Benegal and Circus made by Charlie Chaplin. Later, paper presentations and discussions about these films were also held.