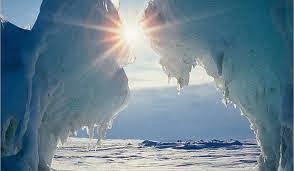 Canada’s Northwest Passage is now navigable during the summer due to global climate change. Tim Levy, CEO of Future Capital Partners, was part of a team that made the crossing to promote the role of businesses in investing in green energy.
It is widely accepted that industrial development and rapid population growth has led to a dramatic increase in atmospheric CO2. We are modifying the environment in which we live without fully understanding the ecological consequences, and some of the changes in global climatic conditions are already obvious and pungent.

One of the best examples is the Northwest Passage. Up until 30 years ago, this series of very deep channels that wind through Canada’s Arctic Islands were not a viable solution for commercial shipping because they remained frozen all year round. In the last years, however, the ice has been thinning and during the summer months it is now possible to cross from the Atlantic to the Pacific.

This is why Future Capital Partners decided to back a trip to the Arctic this August. If you are thinking big commercial ships with ice-breaking capability, think again. We actually did it in a rigid inflatable boat. Bear Grylls led the adventure, in which a team of five took 14 days to navigate from the Atlantic to the Pacific, through the ice-strewn Arctic.

It has been discussed for a while that businesses can and should do more to minimise the effects of global warming.

Green investment is still a fairly recent affair but is no longer a niche market. The global focus on renewable energy, and the need for the UK to meet environmental obligations, has seen this once small market emerge as part of the financial mainstream.

Nevertheless, I believe we are not yet witnessing enough private enterprise driving a longer-term plan and investing in larger-scale projects that can make a substantial change.

Investing in sustainable energy has been on Future Capital Partners’ agenda for some time. Our Future Fuels project - which officially sponsored the Northwest Passage expedition - is in its final stages of raising funds for building a wheat-to-ethanol plant in the north-east of England, aiming to produce 200m litres of sustainable renewable transport fuel each year. The fuel produced by xz‘this plant alone will be equivalent to removing 60,000 cars from the road every year.

Road transport fuels derived from fossil fuels are a major contribution to climate change and finding alternative, renewable sources will have a solid impact in lowering the European Union’s carbon footprint.

UK and European legislation require that 13 per cent of transport fuel come from renewable sources by 2020. Demand for locally produced RTFs is anticipated to grow tenfold by then. Such strong market drivers make it, surely, the right time to invest.

Needless to say, from a militant ecological viewpoint, the right time has probably already passed. Roads keep flowing with cars but you get more than a hint of the impact we are having when crossing the Northwest Passage.

Rites of passage
The Future Fuels NorthWest Passage team, led by Bear Grylls and including Future Capital Partners CEO Tim Levy, became the first crew to cross the legendary Northwest Passage in a rigid inflatable boat when they sailed from Pond Inlet in northernmost Canada to Paulatuk, Darnley Bay. The expedition started on the August 28 and took the five-man crew 13 days to cover 1,700 nautical miles, arriving on September 9. The team undertook the treacherous journey through the ice-strewn waters of the passage to raise money for UK charity Global Angels, which provides safe drinking water for thousands of children in Africa, and to raise awareness of the effects of climate change on the formerly frozen Northwest Passage.