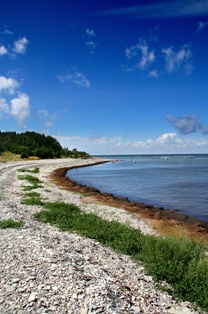 In the journal Fish and Fisheries, a team of marine scientists reconstructed fisheries yields over seven centuries of human habitation in Hawaii and the Florida Keys, the largest coral reef ecosystems in the United States, and evaluated the management strategies associated with periods of sustainability. The results surprised them.

"These results show us that fisheries can be both highly productive and sustainable, if they're managed effectively." In contrast, historical fisheries in Florida were characterized by boom and bust, with serial depletions of highly valuable species for export markets. Today many species that were the target of 19th and early 20th century fisheries in Florida -- including green turtles, sawfish, conch and groupers -- have severely reduced populations or are in danger of extinction.

"Seven hundred years of history clearly demonstrate that management matters," said Loren McClenachan, co-author and assistant professor of Environmental Studies at Colby College. "Ancient Hawaiian societies used sophisticated tools similar to innovative conservation strategies used today, like marine protected areas and restrictions on harvest of vulnerable species like sharks." The difference, the authors explained, was in the way fisheries governance systems were structured. Regulations were developed locally with the buy-in of community members, but they were also effectively enforced with methods that now would be considered draconian. "Today, no management system comes close to achieving this balance, and as a result, resource depletion and collapse is common," said McClenachan.
The authors were able to characterize historical catch rates in Florida and Hawaii through an extensive review of archival sources, including species-specific catch records from the 1800s and archaeological reconstructions of human population densities and per-capita fish consumption back to the 1300s. Such information is relatively rare in coral reef areas. They then characterized management regimes associated with periods of high sustained yields using a variety of sources, including published work of Native Hawaiian scholars. This work revealed that sustainable fisheries existed during periods in which regulations were strict and socially enforced in ways that were often class and gender based. For example, many vulnerable species -- like sharks and marine turtles -- were reserved exclusively for high priests and chiefs.
Ancient Hawaiian societies depended entirely on local resources and needed creative ways to avoid resource collapse. For example, fishpond aquaculture was used to sequester nutrients and reduce pollution on reefs. In contrast, much of today's aquaculture requires large inputs of wild caught fish and antibiotics, often resulting in increased pollution. "Ancient Hawaiian society effectively practiced what we now call Ecosystem-Based Management, which is something that modern society often struggles to achieve," says McClenachan. "Incorporating some of these ancient techniques into today's policy may be the key to sustaining our fisheries."
The authors of the study, titled "Multicentury trends and the sustainability of coral reef fisheries in Hawai'i and Florida," point to the U.S. National Ocean Policy as an example of emerging attempts to manage ocean ecosystems more holistically, and local fisheries co-management as a modern way of including community members in designing effective fishing regulations. However, the authors caution that effective enforcement needs to go hand in hand with the development of local governance. "The ancient Hawaiians punished transgressors with corporal punishment," observed Kittinger. "Clearly, we don't recommend this, but it's easy to see there's room to tighten up today's enforcement efforts."