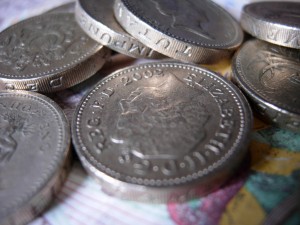 "A large number of corporate pension funds are still lagging behind the leading schemes in their approach to responsible ownership and investment." -- UKSIF chief executive Penny Shepherd[1]
The cost of paying for future pensions in the United Kingdom has inflated due to a reduction in the yield of government bonds, according to figures released last month by the Pension Protection Fund (PPF), a statutory fund that protects members in case of employer insolvency.
The deficit of the more than 6,500 pension schemes in the PPF7800 index has worsened, rising sharply from GBP 8.3 billion (USD 13.4 billion) at the end of June to GBP 67.3 billion (USD 109.2 billion) at the end of July, with 4,684 schemes in deficit and only 1,849 in surplus.
Noting that many British pension funds slipped from surpluses to deficits following the collapse of Lehman Brothers in September 2008, Chief Market Economist Stuart Thomson of Ignis Asset Management said, "The UK economy is embarking upon the longest and most substantial fiscal austerity since the twenties. The resulting deleveraging of government, consumer and financial sectors will lead to the paradox of thrift and very weak growth. This in turn is expected to result in a lost decade of low growth. Indeed, we expect UK economy to experience annual average growth of just 1.0-1.25% over the remainder of the decade. Financial markets are expected to remain extremely volatile over this decade."[3]
RESPONSIBLE BUSINESS: SUSTAINABLE PENSIONS
As the markets continue to readjust to the global economic recovery, perhaps there is no time like the present for British firms to realign their pension fund investment strategies for a more sustainable future. And that's exactly what the UK-based sustainable investment and finance organization UKSIF is calling for. A non-profit member association that promotes socially responsible investing, UKSIF launched on September 2 their third biennial "Responsible Business: Sustainable Pension" report, which analyzes the responsible UK pension fund investment approaches of corporate responsibility leaders.
Based on responses to a corporate pension fund questionnaire given to companies in the FTSE4Good Series and the Carbon Disclosure Leadership Index in January, the report gave the Platinum rank (the highest rank) to BT Pension Scheme, Co-operative Group Pension Scheme (PACE) and F&C Asset Management Ltd. Pension Plan. It also found that more than 1 in 4 participating funds achieved one of the two highest rankings, up from 1 in 8 in 2009 and 1 in 11 in 2007.[4]
UKSIF TO UK PRIVATE SECTOR: MORE RESPONSIBLE INVESTMENT
However, corporate pension funds are not engaged enough in ESG (environment, social and corporate governance) investment. While some funds are getting high ranks and have made advances in responsible investment, UKSIF said that "this progress still insufficiently reflects today's strong corporate awareness of the value of sustainable business approaches" and called on the nation's corporate leaders to "assist and encourage their corporate pension funds to support the UK Stewardship Code and implement responsible ownership and investment practices," adding that "these plan sponsors should educate employees, customers and suppliers about the value of responsible investment practices."[5] Published in July 2010, the UK Stewardship Code "aims to enhance the quality of engagement between institutional investors and companies to help improve long-term returns to shareholders and the efficient exercise of governance responsibilities."[6]
J.K. Rowling, the creator of the wildly successful Harry Potter series, said, "My parents -- both of whom came from impoverished backgrounds and neither of whom had been to college -- took the view that my overactive imagination was an amusing quirk that would never pay a mortgage or secure a pension." As one of the richest women in the UK, Rowling doesn't have to worry about a pension. But for many Britons, pensions are critical to paying the bills. And corporate executives who don't want to be associated with Lord Voldemort should heed UKSIF's call to action. After all, you don't have to be a wizard to make responsible pension fund investments.
source: justmeans.com